South Africa has 12 public holidays per year, more than most other countries around the world. Some of these holidays are celebrated in many countries worldwide such as 1 January, New Year’s Day’ and 1 May, ‘Worker’s Day’.

Various religious holidays of the different faiths are celebrated in South Africa as well, however, only the Christian holidays, Christmas and Easter, are recognised as 'official' holidays. 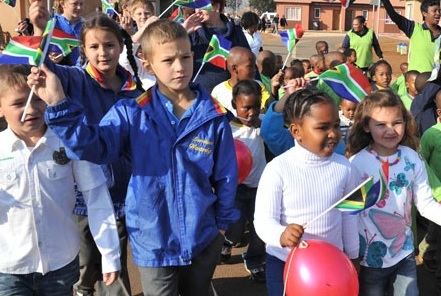 Be advised that, when a holiday falls on a Sunday, the following Monday becomes a public holiday. On these days, the Sunday shopping hours usually apply, except for Christmas and Easter when most shops will be closed.

Here is some interesting trivia on how South Africa compares to the rest of the world:

Public Holidays Trivia:
How South Africa compares to the World

Did you know, that the 1 May ‘Workers Day’ is celebrated in over 80 countries world-wide (although in some countries it is called Labour Day).

Internationally, Workers’ Day is based on the industrial struggle for an eight hour week. In South Africa Workers’ Day became official in 1994 when the government recognised the role played by workers. This is the day when the achievements of labour movements are remembered and ensure that future plans continue to entrench equality in labour rights.

If we combine normal leave and public holidays

Statutory leave (legal requirement to give your employees leave)

Do you need more insights and information about South Africa?

This post was shared by Derryn Campbell on the SMILE 90.4fm Thursday breakfast show with Bobby Brown and Tracey Lange. For more weekly Awesome South Africa discussions tune into SMILE 90.4 fm every Thursday morning at 7.10am. or click on the following link to listen via live streaming.

Back to Living in South Africa Homepage