For your immigration to South Africa, whether you move to South Africa or come for a visit, you must have a valid visa or residency permit when entering the country. South Africa is a popular expat destination and the latest statistics show that just over 3% of the country's population are foreigners. 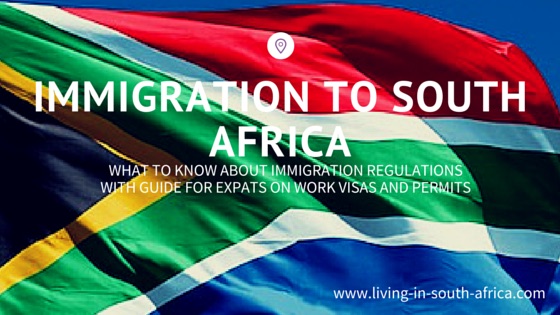 New immigration regulations were introduced in South Africa in May 2014 and further changes regarding travel with children came into effect on 1 June 2015. Visa applications will not anymore be handled directly by the offices of the Department of Home Affairs in South Africa as VFS Global was appointed to establish and manage a call centre for the Department of Home Affairs to assist clients with relevant enquiries and above mentioned applications.

Under the new regulations, the term 'visa' replaces the term 'permit' except for the permanent residence permit. Temporary residence 'permits' will be in future referred to as 'temporary residence visas'. Further, first time applications for temporary visa must be made at the foreign mission in the country of origin or where the applicant permanently resides. When in possession of a tourist visa, no changes to the category can be effected within South Africa, spouses or life partners have to submit their first application for a temporary permit from their home country. Only renewals or extensions within the same category can be made in South Africa.

Foreigners with long term visa (work permits/permanent residency permit) in the neighbouring countries who transit the Republic to return to their employment or residence are not subject to the transit visa, provided they are in possession of proof of their status.

Further Changes according to the new Immigration Regulations

Read more about working in South Africa and the various work visa here.

Foreign nationals, including their children, have to submit their application, supporting documents and biometric data in person at the VFS Global visa facilitation centres. Applicants are permitted to bring somebody to assist, such as an immigration consultant or relocation specialist.

Foreigners in South Africa, need to apply and register online, apply for an appointment, pay the relevant fee and then must visit the nearest VFS centres for submitting biometric data (digital finger prints and facial scan) and supporting documents.

Appeals can be directed to the following immigration officers at the Department of Home Affairs:

How much does a South Africa visa cost?

For all visa and permit applications the Department of Home Affairs (DHA) fees apply. These are fixed costs depending on the visa and permit category and range between R425 and R1520.

An additional new VFS service fee of R1350 (for all visa and permit applications) is charged from now on whether the Department of Home Affairs charges a fee or not. Thus spouses and dependent permits which are still free of a DHA charge, however attract a VFS service fee. The fees can be paid via EFT. Be aware that fees for optional services, such as copy fees, internet access or sms notification fees, will be charged on top of the standard VFS fee.

Where are the VFS centres?

There are 11 VFS Global centres established in South Africa. They are located in all 9 provinces. The locations and opening dates are as mentioned below:

More information regarding the new VFS visa service for South Africa as well as the mandatory application forms for immigration to South Africa can be accessed online on the following new website:

The call centre can be reached on the following number:

The Department of Home Affairs Toll Free number is:

For more information regarding your immigration to South Africa, contact an experienced immigration consultant or relocation specialist. Among many others, there are the following consultants:

Disclaimer: This summary is for information purposes only and not for the purpose of providing legal advice. You should contact an immigration lawyer to obtain advice with respect to any particular issue or problem regarding your immigration to South Africa.

Image credits on Immigration to South Africa: shutterstock, SATourism and own images.

Go back to Moving to South Africa 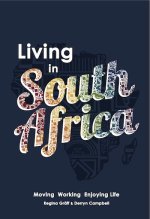 If you are interested in more in-depth, well-researched and up-to-date information:

Order your copy of the Living in South Africa guidebook.

Simply click on the button below and find relevant information how and where to buy the book.