The second African Responsible Tourism Awards were awarded at the WTM Africa during a special celebration on 7 April 2016.

The winners which are named below, were chosen by tourism businesses and judges from the tourism sector from a wide range of finalists from around the African continent. 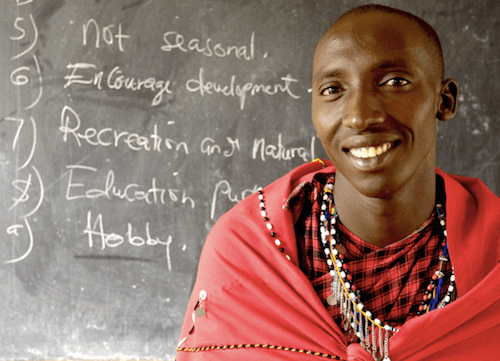 Reason for winning: 'The community gets direct and tangible benefits from wildlife conservation; no other activity provides as much income to as many people as Naboisho Conservancy. With these direct benefits there is less need for the community to rely on other destructive practices such as intensive farming and over grazing by too many cattle. This in turn furthers the cycle for a sustainable future for community driven wildlife conservation. Naboisho Conservancy pioneered controlled livestock grazing and holistic rangeland management.'

Further Winners and Runner-ups for the African Responsible Tourism Awards are:

Judges' statement: 'The Gold Award went to Bushman’s Kloof Wilderness Reserve, custodian of over 130 unique San rock art sites. At its heart Bushman’s Kloof is about the conservation of this remarkable heritage and culture. Over the past few months Bushman’s Kloof has been one of the main sponsors of a unique troupe of dancers from Wupperthal – a small, impoverished village in the area. Die Nuwe Graskoue Trappers has not only been reviving the art of the Rieldans – a traditional dance form – but has also placed Wupperthal on the world map – taking the 2015 World Champions of the Performing Arts by storm.'

Judges' statement: 'Equitable access to holidays for people of all abilities and incomes remains a big issue in Africa. The judges’ decision not to award a Gold in this category reveals that much work still needs to be done in the tourism sector. However, there are two Silver Awards. The judges recognised that ATKV Goudini Spa sets a good example of creating an accessible leisure environment not only for people with mobility limitations, but also people who are blind and deaf. (...) Similarly, Flamingo Tours caters for a wide spectrum of functional limitations, and like ATKV Goudini Spa, is very committed to run an operation that does not harm the environment.'

Judges' statement: 'To help bring the world’s most biodiverse freshwater lake and a 120 000 ha of lakeshore and escarpment under formal protection – in partnership with 16 villages – are remarkable achievements. Gold Award winner Nkwichi Lodge on Lake Malawi is completely solar powered and plastic-bottle free.'

Judges' statement: 'The judges gave the Gold Award to Great Plains Conservation operating in Botswana and Kenya for their success in raising awareness of the importance of conservation through traditional and social media and in converting the public into ambassadors for wildlife.'

'The National Department of Tourism in South Africa won Gold for its steadfast commitment over 20 years to the principles of the 1996 white paper, the legislative and policy work and support programmes which have flowed from it, including the Responsible Tourism Standard, Tourism Incentive Programme and the adoption and application of Responsible Tourism principles by provinces and cities and by agencies like SANParks.'

Judges’ reasons for winning: 'The Gold went to Spier in the Western Cape of South Africa for the transparent reporting and the breadth of their approach to improving the employment conditions of their staff ranging from addressing the issue of safety on public transport to their provision of Individual Learning Spend budgets to support the development of skills and knowledge, for personal development and innovation for the employee and their family for example by using it to pay school fees.'

Judges’ reasons for winning: 'There were two Gold Award winners in the category both in Kenya and both conservancies: Ol Pejeta Conservancy and the Mara Naboisho Conservancy. The judges recognised that these are two outstanding examples of how tourism can be used by conservationists to protect habits and species and to uplift local communities.'

Judges’ reasons for winning: 'Voted for entirely by the public, the People’s Choice in Responsible Tourism Award allows members of the public to vote for the most inspiring category winner from 2015. Winner Marine Dynamics provide very high quality shark cage diving experiences.'

Reason for winning: 'This is a remarkable group of tourism businesses many of which have won Responsible Tourism Awards individually (...) They have demonstrated what tourism can do to make better places to live in and great places to visit.' 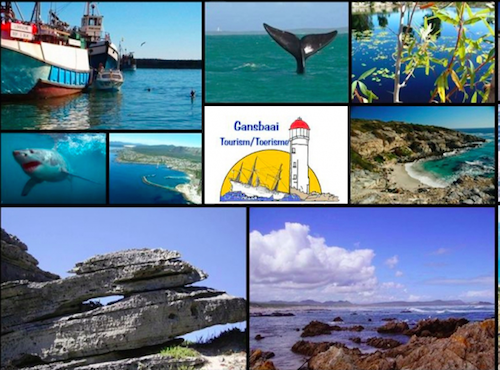 Get our new e-Book